Ecology of swift fox in Nebraska 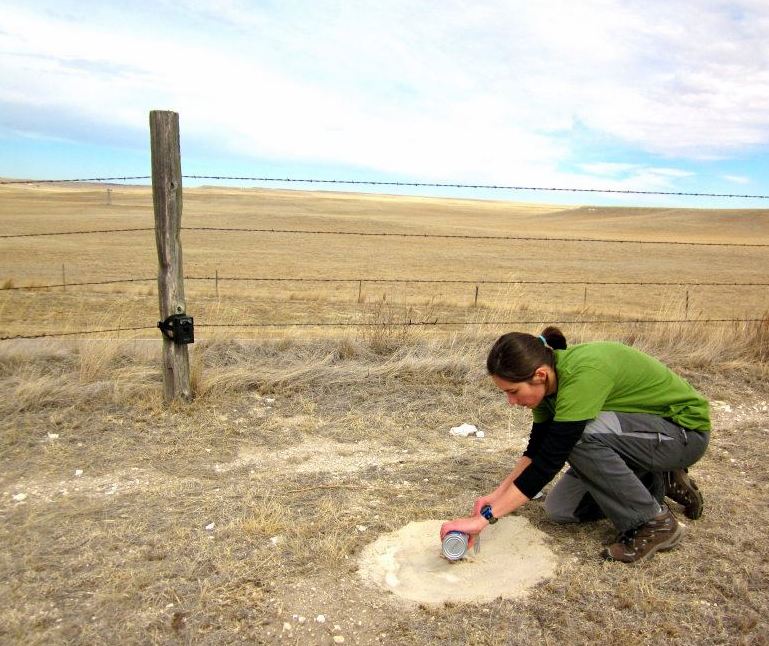 Swift fox, (Vulpes velox) is a small species of fox native to short- and mixed- grass prairies of the Great Plains, including Western Nebraska where they are listed as a Tier-1 at-risk species. Habitat loss is a major contributor to population declines with only 40% of Nebraska still containing suitable grassland habitat. Still, swift fox do not occupy all suitable habitat. Why might a species fail to use seemingly good habitat? Coyotes might be the answer. Unlike swift fox, coyotes are highly adaptable, and, as their bigger cousin, can displace swift fox from otherwise suitable habitat. Coyotes may gain further advantages when grasslands are converted for agricultural and energy development. Thus, swift fox conservation requires understanding where swift fox roam and how they interact with coyotes and people. It isn't easy surveying the entire western third of Nebraska for a nocturnal species that spends much of its time hidden in dens. Because most swift fox habitat is on private land, our efforts to study where swift fox live, and why, require us to collaborate with privates landowners throughout western Nebraska, as well as students from the University of Nebraska-Lincoln and Chadron State College. Together, we work to understand how best to conserve swift fox in the face of change.