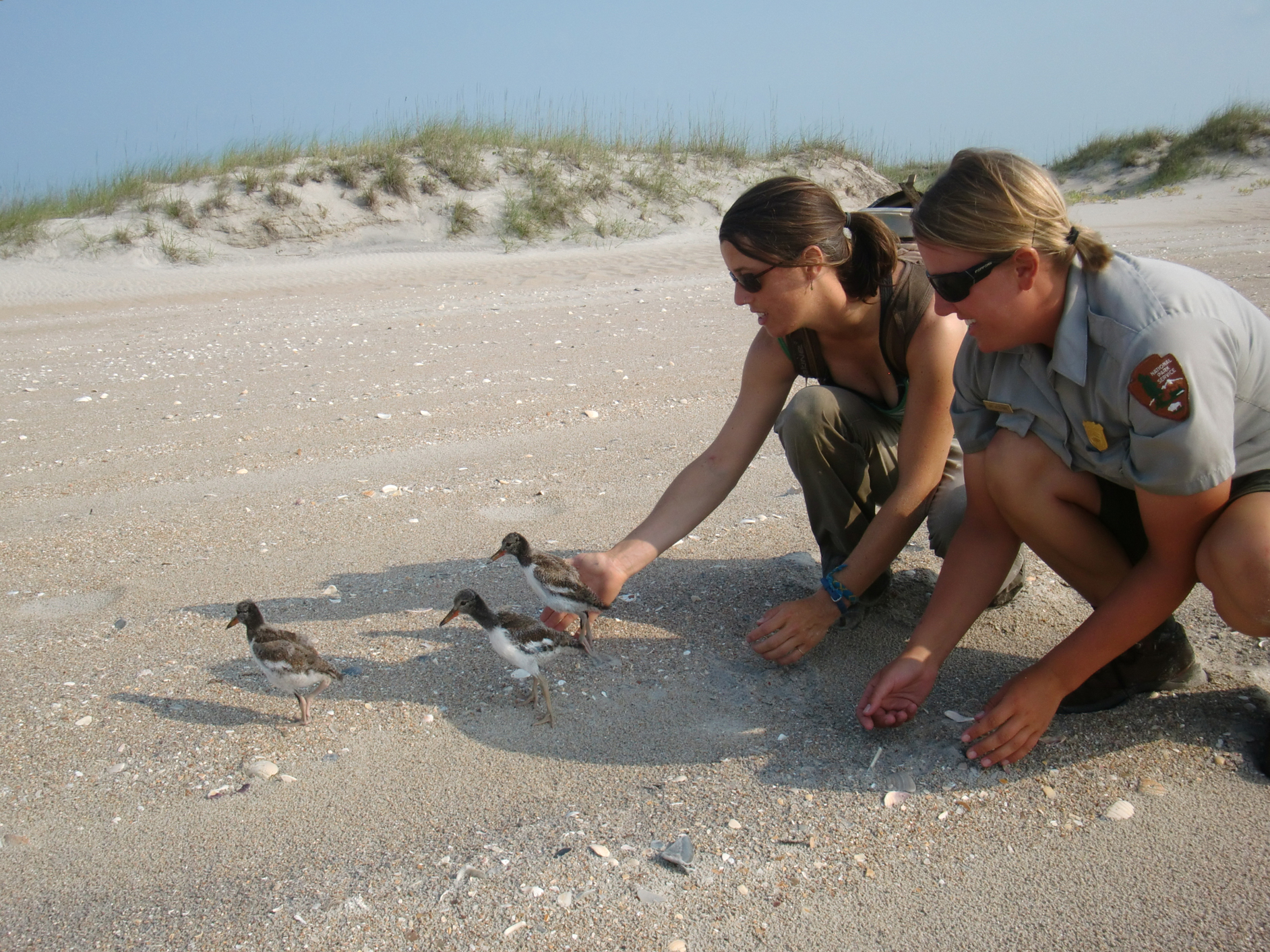 The American Oystercatcher (Haematopus palliatus) is an important indicator of ecological conditions on Atlantic coast beaches. Because of its conspicuousness and site fidelity, the oystercatcher is an ideal study species for describing the challenges faced by beach-nesting shorebirds. American Oystercatchers are listed as a “species of special concern” in North Carolina (North Carolina Wildlife Resources Commission 2008) and as a high priority species in the US Shorebird Conservation Plan (Brown et al. 2001), in large part because of threats associated with development and increasing recreational use of coastal breeding and wintering sites. Oystercatcher populations are declining in the mid-Atlantic states, despite rising numbers and expanding breeding range to the north (Mawhinney and Benedict 1999; Nol et al. 2000; Davis et al. 2001). These overall declines have triggered a large-scale, multi-state research effort to understand the bird’s ecology and conservation needs. A study of breeding American Oystercatchers in North Carolina was initiated on South Core Banks, Cape Lookout National Seashore in 1995 to document nesting success (Novick 1996). The scope of the original study has expanded to include all of the islands of Cape Lookout and Cape Hatteras National Seashores. The study of Oystercatcher breeding success further expanded in the state in 2002 and 2003 when the North Carolina Audubon Society initiated nest monitoring on islands in the mouth of the Cape Fear River. Although the undeveloped barrier islands that comprise the National Seashores were thought to be ideal breeding habitat for American Oystercatchers, nest survival was much lower than expected. Novick (1996) attributed low hatching rates to human disturbance. Davis (1999) continued the work on Cape Lookout and used nest monitoring and predator tracking stations to determine the causes of nest failure. She determined that a majority of nests were lost to mammalian predators. Subsequent studies in North Carolina have supported the conclusion that mammals are the primary nest predators, but they also suggested an interaction between human disturbance and nest predation rates (McGowan 2004, McGowan and Simons 2006). McGowan and Simons (2006) found an inverse relationship between the number of visits an Oystercatcher made to the nest and the nest survival rate, suggesting that the more often nests were disturbed the more likely they were to be found by predators. Simons and Schulte (2008) illuminated causes of chick loss and modeled hurricane effects on oystercatcher production. 2009 research objectives included: 1) Continued monitoring of reproductive success of the North Carolina breeding population 2) Continued banding and resight efforts to facilitate mark-recapture analysis Objectives of research for the 2010 season include: 1) Assessing the response of breeding oystercatchers to an experimental removal of raccoons on South Core Banks, Cape Lookout National Seashore 2) Assessing of the response of the South Core Banks raccoon population following the experimental removal to evaluate the feasibility of predator management as a conservation strategy for ground nesting birds and sea turtles. 3) Quantifying of the relative costs of reproduction on traditional ocean-side sites and nontraditional sound-side, river estuary, man-made island, and mainland sites