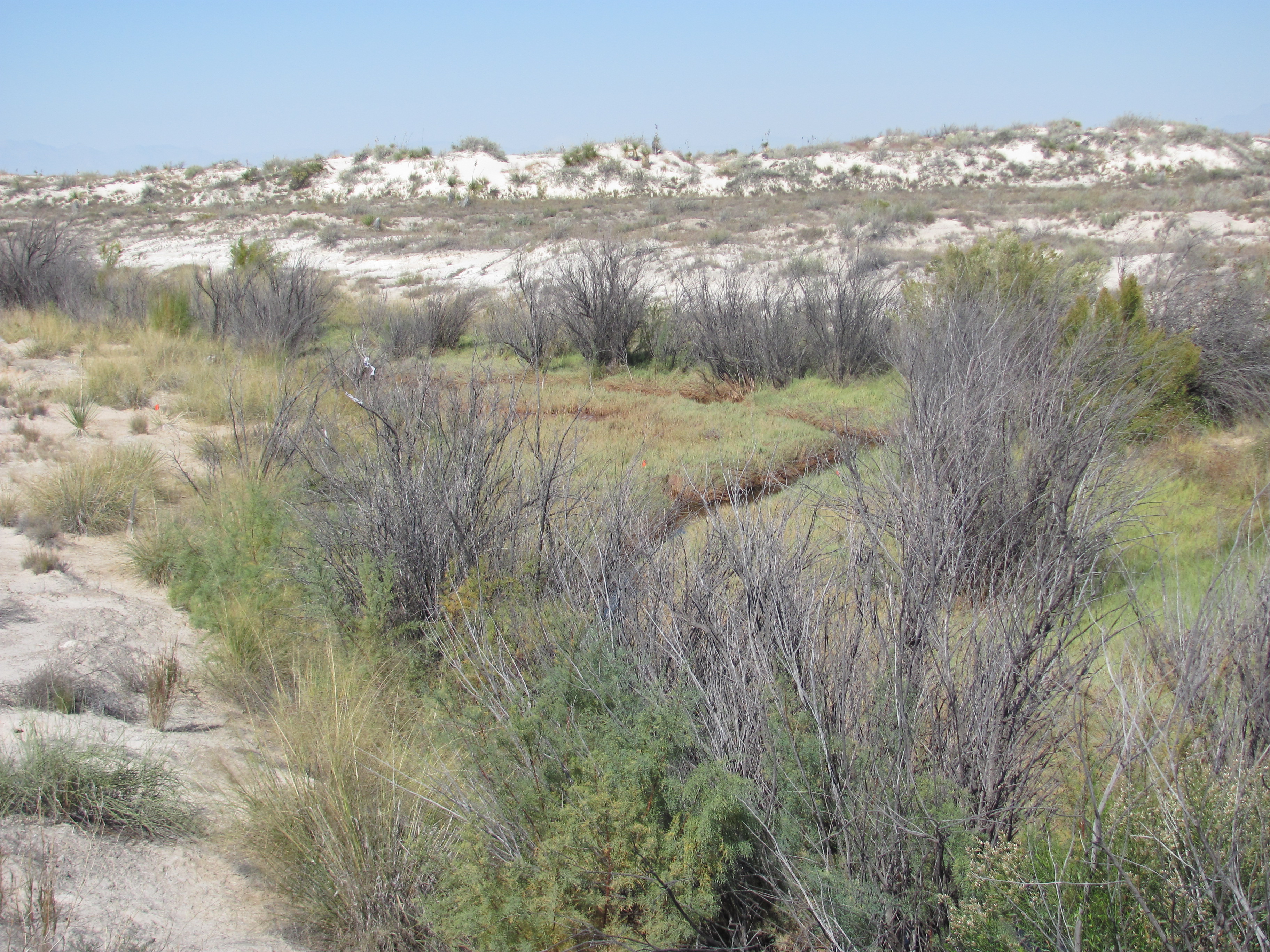 Two species potentially affected by invasive plants on Holloman Airforce Base in the arid Tularosa Basin of New Mexico are the White Sands pupfish (Cyprinodon tularosa) and the western burrowing owl (Athene cunicularia hypugae). White Sands pupfish are federally listed as a species of concern and state listed as threatened in New Mexico (USFWS, http://www.fws.gov/endangered/wildlife.html; BISON-M, http://www.bison-m.org). The western burrowing owl is also federally listed as a species of concern (USFWS, http://www.fws.gov/endangered/wildlife.html) and is listed as a species of greatest conservation need in the New Mexico Comprehensive Conservation Wildlife Strategy (New Mexico Department of Game and Fish 2006). The goal of this research is to characterize the effects of invasive plant species and dune encroachment on these imperiled species.