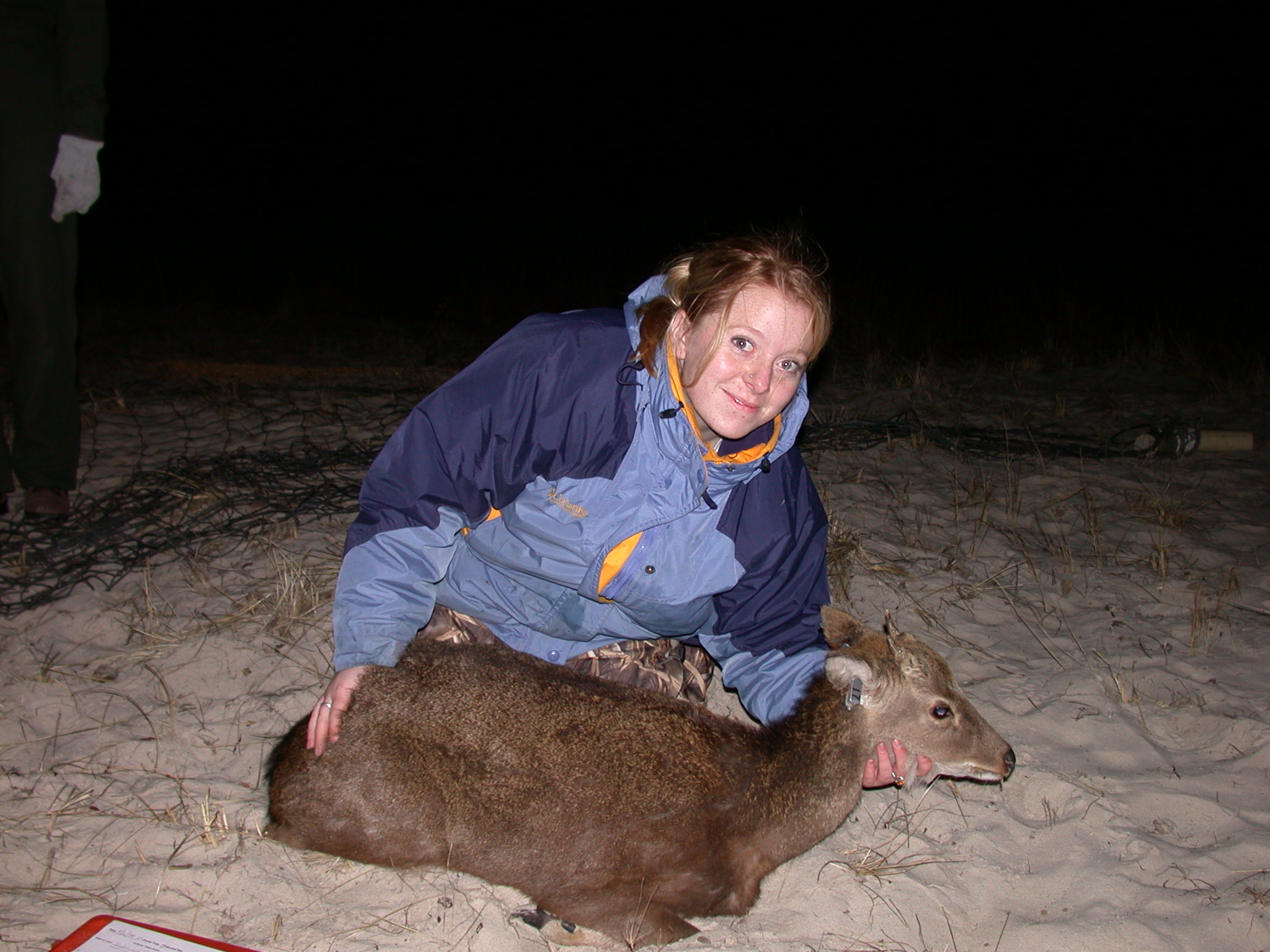 This research project was conducted to describe habitat use of sika deer (Cervus nippon) and white-tailed deer (Odocoileus virginianus) and possibly attribute the effects of ungulate herbivory to specific deer species, if spatial separation in habitat use could be identified. Sturm (2007) conducted an exclosure study to document the effect of feral horse (Equus caballus) herbivory, deer herbivory, and horse and deer herbivory combined on plant communities. Sturm (2007) found that ungulate herbivory reduced plant species richness, evenness, and diversity in the maritime forest and affected species composition in all habitats studied. Sturm (2007) also found that herbivory on some species could be directly attributable to either horse or deer. However, the effects of sika and white-tailed deer herbivory could not be separated via an exclosure study design because of the difficulty of passively excluding one deer species but not the other.