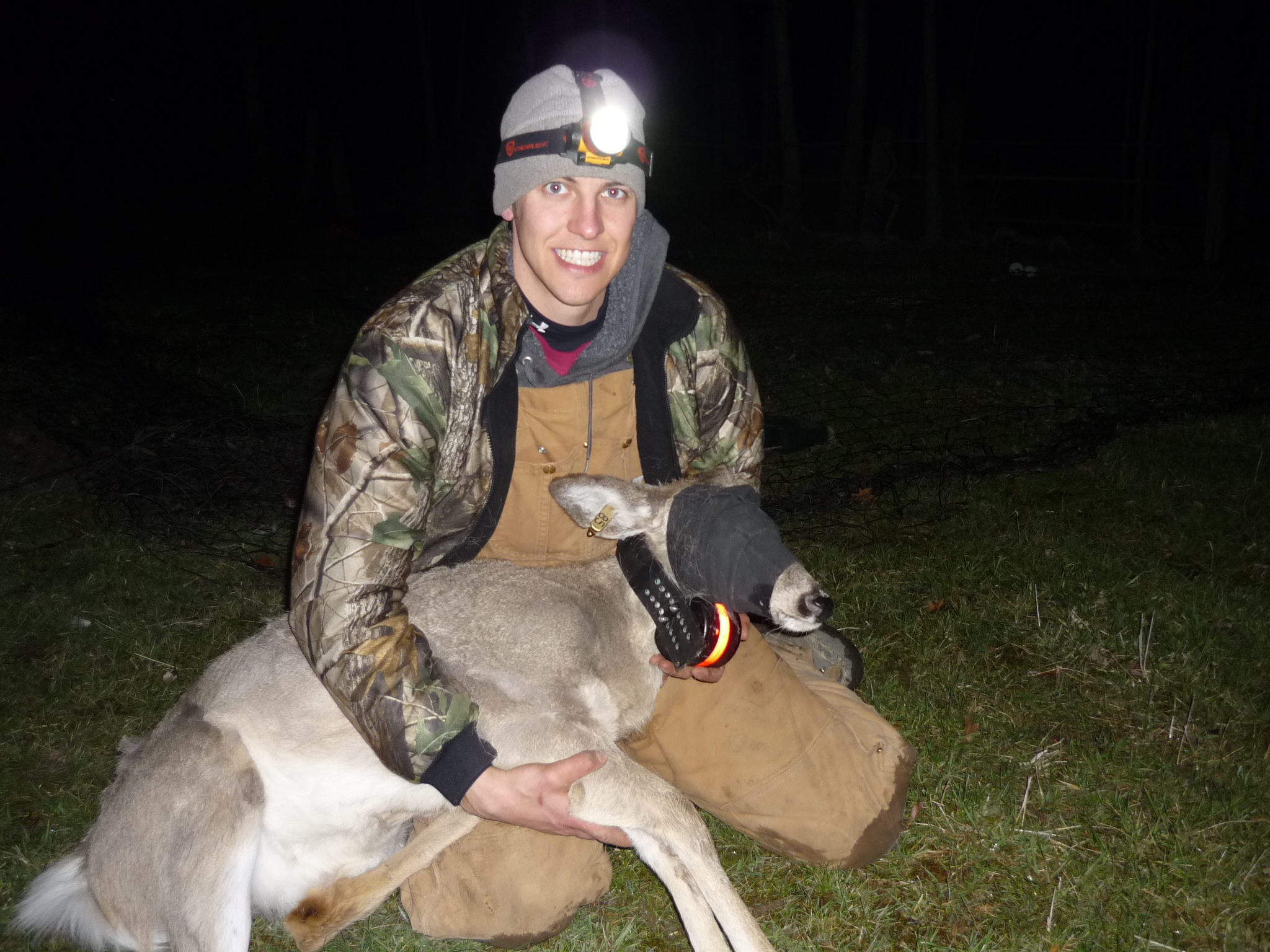 This project is taking place at Gettysburg National Military Park and Eisenhower National Historic Site in Pennsylvania. White-tailed deer (Odocoileus virginianus) were captured from January-March 2008 using rocket-nets and modified clover traps and fitted with ear tags and GPS-collars. Over the next two years, I will perform 7 distance sampling surveys using transects selected from existing roads within a 2862 hectare or 11 square-mile study area that includes both the park and private lands surrounding the park. I will be collecting intensive GPS locations from marked deer during the distance sampling survey to model habitat use. Results from this habitat-use model will allow me to estimate the proportion of the population that was actually near roads during surveys, to quantify the bias introduced when using roads, and to correct population estimates.