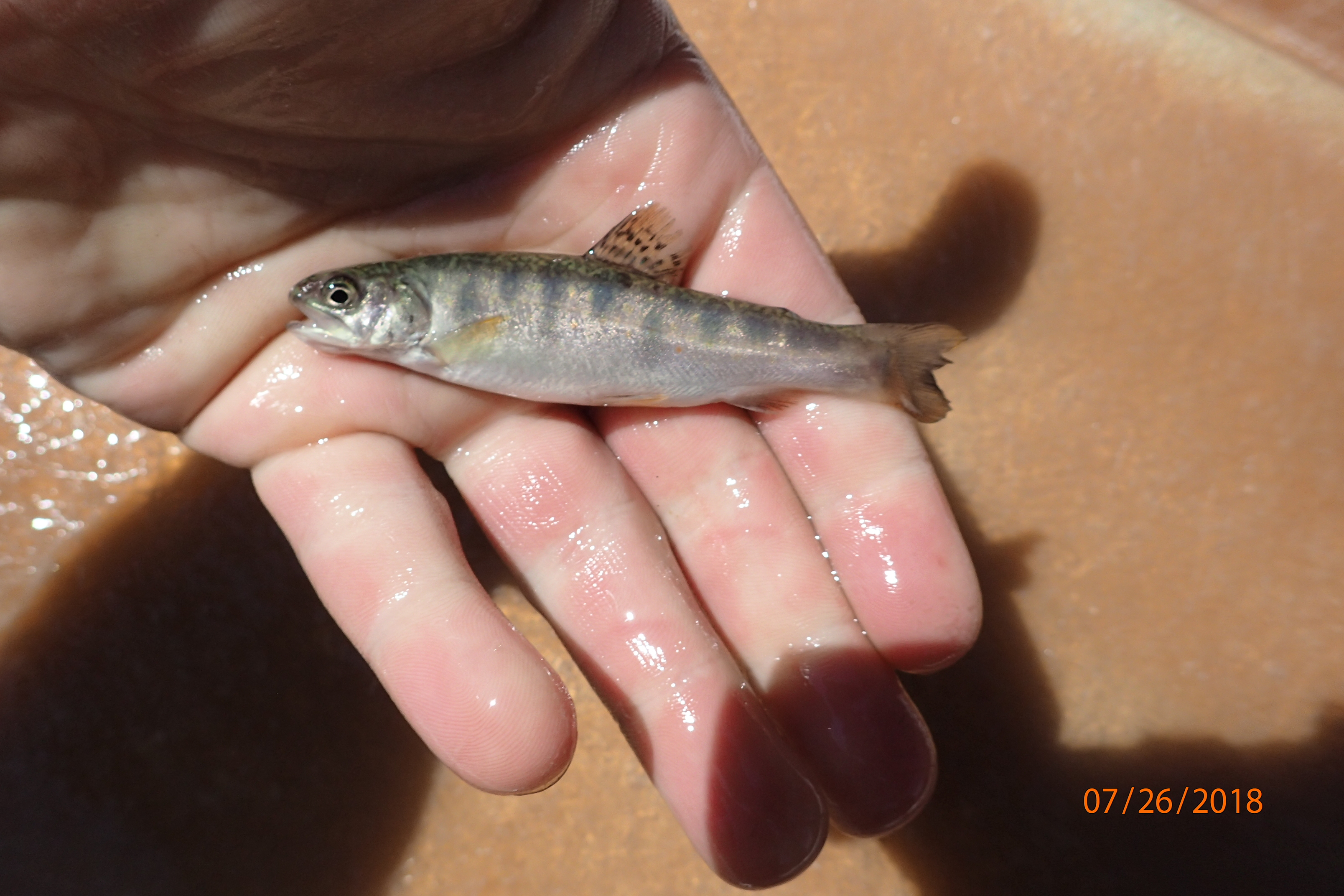 Brook Trout (Salvelinus fontinalis), native to northeastern North America, share some of the same resource requirements as other salmonids that inhabit cold high elevation streams. The species has invaded the western U.S. and is extirpating native fishes, especially when in sympatry with native trout. In New Mexico, native Rio Grande Cutthroat Trout (RGCT; Oncorhynchus clarkii virginalis) has experienced a decline due to loss of habitat and competition from non-native trout. Viable removal options for non-native trout are currently limited to chemical piscicides and manual removal. Piscicides are effective but costly and non-species specific. Manual removal can be species specific, but with a low success rate. In light of these management needs, recent development of the Trojan male (hereafter, referred to as MYY, a male fish with two Y chromosomes) Brook Trout offers a species specific and cost-effective method of eradicating invasive Brook Trout. MYY can only produce male offspring and will theoretically drive the wild Brook Trout population to 100% males and eventual eradication.
The goal of the proposed work will be to shift sex ratios of selected populations of wild Brook Trout toward all male fish and eventual extirpation. These populations of Brook Trout are of interest because they coexist with populations of RGCT, which are of conservation value due to low introgression and protection on public and private lands. In addition, the trout populations inhabit relatively short distances of stream (1-7 km) with few tributaries and barriers to prevent recurring invasion of wild Brook Trout. Beginning in 2018, we introduced fingerling MYY Brook Trout and have conducted seasonal surveys to characterize survival and growth of the MYY Brook Trout. We are working closely with our State cooperator (New Mexico Department of Game and Fish), a private entity (Turner Enterprises), and the Santa Fe National Forest to assess the utility of using MYY as an effective and cost-effective management tool for future conservation efforts of native fishes.