Impacts of Drought on Southwestern Cutthroat Trout: Influences of Changes in Discharge and Stream Temperature on the Persistence of Rio Grande Cutthroat Trout Populations 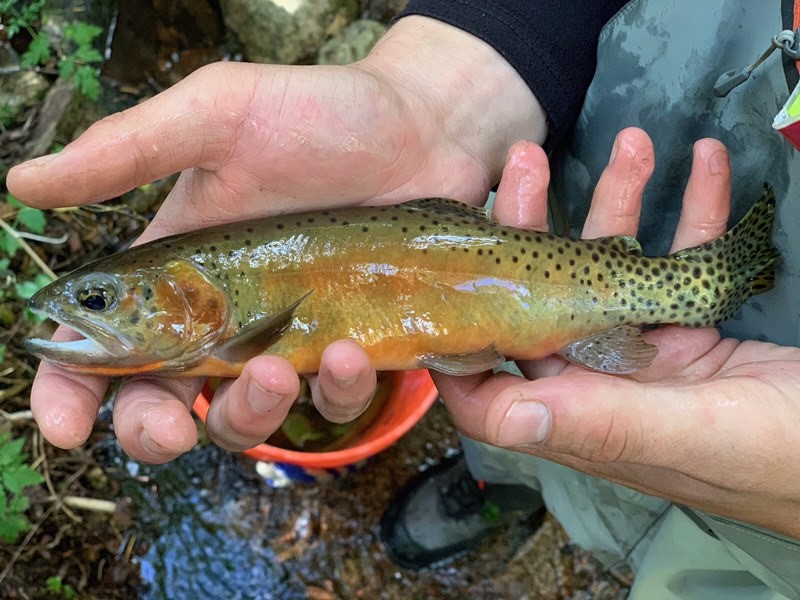 We studied the impacts of drought and invasive trout on survival and productivity on Rio Grande cutthroat trout (Oncorhynchus clarkii virginalis, RGCT) populations. Rio Grande cutthroat trout is the southernmost subspecies of cutthroat trout and endemic to the Rio Grande, Canadian, and Pecos River basins of Colorado and New Mexico. The subspecies is reduced to less than 11% of its historic range with most populations occupying isolated high elevation headwater streams. One of the greatest threats to its survival is the effect that low stream flow due to drought will have on this coldwater trout living at the edge of its range. Our work provides insight into the current and future threats of RGCT populations under environmental and biological pressures. We investigated the effects of stream temperature, stream flow, and food resources has on reproduction, survival, population growth, and recruitment of young into the population. We developed population models using these effects to better understand the risks to RGCT persistence. Lastly, we explored the consequences of climate on RGCT population productivity through the characterization of the prey base. We found evidence that RGCT reached maturity fastest at sites with warm stream temperatures and low densities. We did not find a strong relationship between discharge and any demographic rate, although apparent survival of mature RGCT decreased as stream temperature increased. Our study suggests plasticity in trait expression may be a life-history characteristic which can assist trailing edge populations like RGCT to persist in a changing climate.