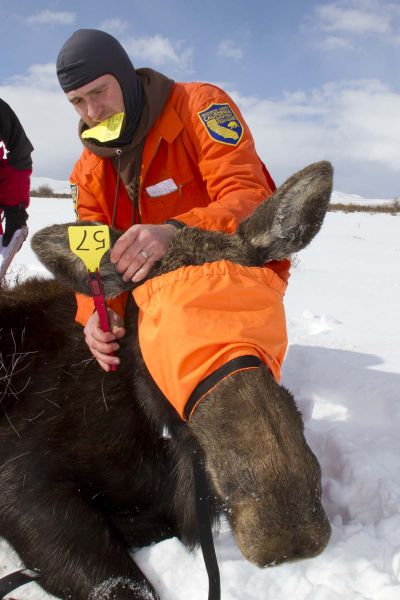 Kevin has been actively conducting research on large mammals since 1999 when he began his undergraduate education at South Dakota State University (SDSU). Since then, his research has taken him from the agriculturally dominated plains of eastern South Dakota to the rugged mountains of the Sierra Nevada, and finally to Wyoming in 2011. Kevin obtained an MSc in Wildlife and Fisheries Sciences at SDSU where his research focused on the growth, development, and nutritional ecology of white-tailed deer. He then obtained a PhD in Biological Sciences at Idaho State University and conducted research on mule deer in the Sierra Nevada.Kevin's research in the Sierra Nevada focused on the underlying effects of nutrition on the reproductive and population ecology of mule deer, with an emphasis to improving our understanding of the effects of mortality and their proximal cause on population dynamics, determining methods to estimate the level of a population with respect to nutritional carrying capacity, and the effects of nutrition on timing of life-history events.. As of 2015, Kevin is an Assistant Professor in a joint position with the Haub School of Environment and Natural Resources and the Wyoming Cooperative Fish and Wildlife Research Unit in the Department of Zoology and Physiology, after first joining the Coop Unit as a Postdoctoral Researcher in 2011. Kevin's primary research interests include nutritional ecology and its implications for understanding growth, behavior, life-history strategies, and population dynamics of large mammals, predator-prey interactions, and the effects of harvest strategies and novel disturbance on large mammal populations.