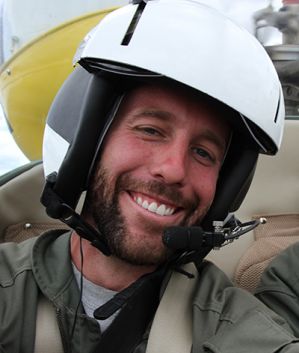 Walking through the concrete jungle of Cordoba, Argentina in 2007, I realized I was experiencing a personal deficit of the natural world. I had been teaching English daily to Argentinians in a bustling latin city for 2 months. I needed to get out and into the mountains, into fresh air. I packed my backpack, locked my apartment, and headed to the Patagonia for a few days. Here, it became clear what career was calling me. Two months later, I was in the Sierra Nevada Range of California, setting up track-plate boxes to collect hair samples and tracks from fishers and martens for the U.S. Forest Service. I spent the next five years gaining field experience and taking courses to prepare me for graduate school. Before long, I began working with Drs. Matt Kauffman and Jake Goheen at the University of Wyoming, coordinating research on Shiras moose in the southern Greater Yellowstone Ecosystem.. My research interests span broadly within predator-prey ecology and animal movement, including the mechanisms that influence individual behavior as well as population- and community-level dynamics. I'm curious how and to what degree ungulates balance the risk of predation with the benefits of foraging while also dealing with changing environmental conditions. I'm also interested in how intra- and inter-specific competition influence resource selection for both large carnivore and herbivore guilds. As the human population continues to rise exponentially, natural places and the animals that live within them will inevitably become increasingly strained. A large part of my motivation to study natural systems is to be able to help solve the problems and conflicts that will arise between humans and wildlife in the future.