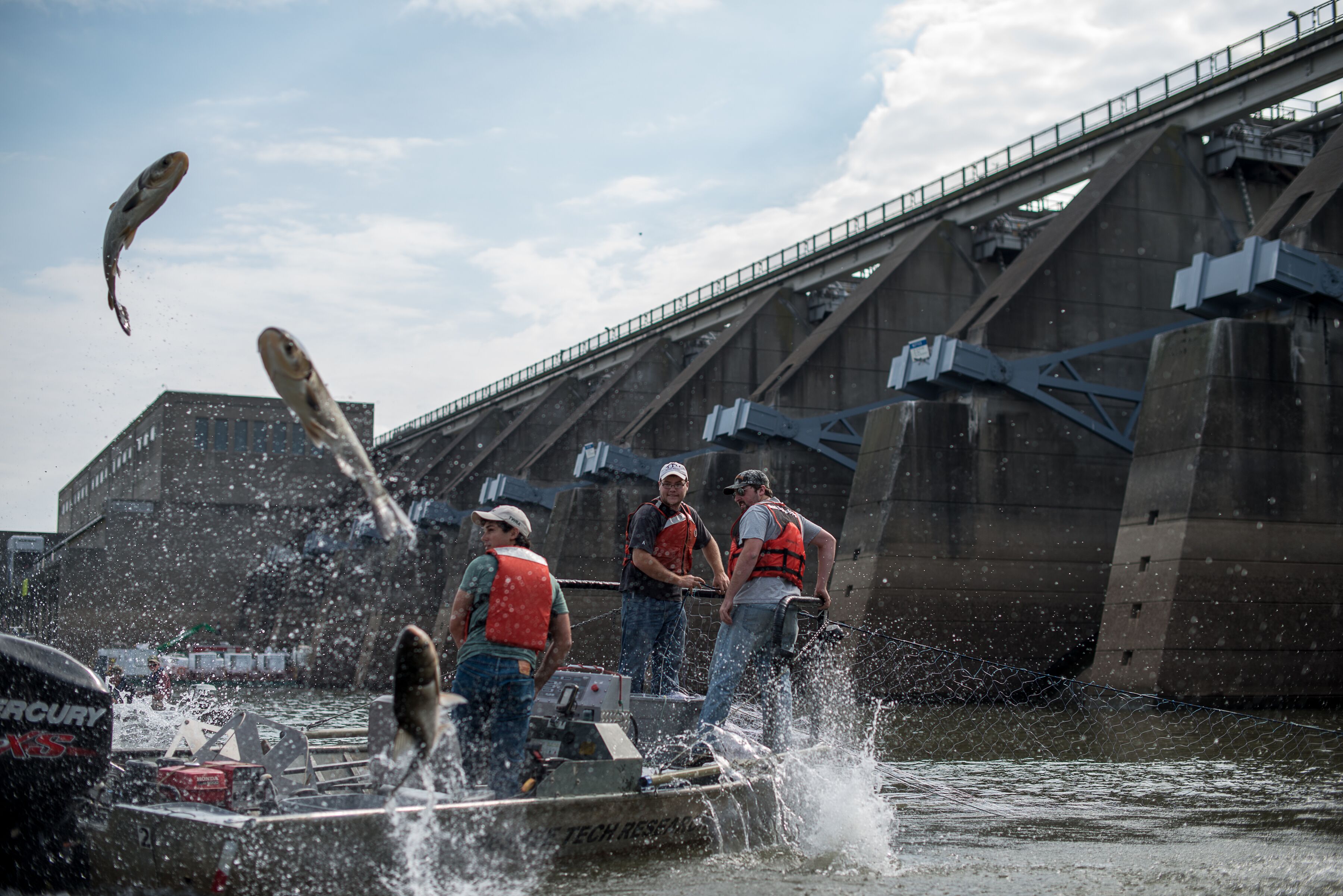 The invasive Bighead Carp Hypophthalmichthys nobilis and Silver Carp H. molitrix (collectively referred to as Asian carp) are native to large rivers of eastern Asia. Both species were introduced to the U.S. in the 1970s to control algae blooms and improve water quality in aquaculture ponds and wastewater systems with little regard to potential impacts on native fishes. Some individuals subsequently escaped and established wild populations throughout the Mississippi Basin. Bighead Carp expanded their range to 23 states by 2005 and Silver Carp have now been collected in16 states. Bighead Carp were first captured in Tennessee in 1994 and they are now routinely encountered in the Tennessee waters of the Mississippi, Tennessee, and Cumberland rivers. Silver Carp were first reported in Tennessee in 1989 and now are found in the same three rivers in Tennessee. The range of Asian carps throughout North America continues to expand and anecdotal evidence suggests they are also expanding their range in Tennessee waters. These two invasive species have the ability to radically alter ecosystem function when they become established and there is much concern regarding the biotic integrity of Tennessee waters as Asian carp numbers grow. Specifically, both species feed on plankton throughout their lives and can compete for food with native planktivores such as Gizzard Shad Dorosoma cepedianum and Paddlefish Polyodon spathula and the early life history stages of virtually all of Tennessee’s sportfish species. Whereas other states (notably Missouri, Illinois, and Arkansas) have initiated investigations into Asian carp biology, range expansions, and methods of control, no such work has yet taken place in Tennessee. The purpose of this study is to assess the population characteristics (e.g., age structure, size structure, growth rates) of Asian carp and initiate studies into recruitment mechanisms and how the production of larvae relates to environmental factors such as river flows and water temperature.