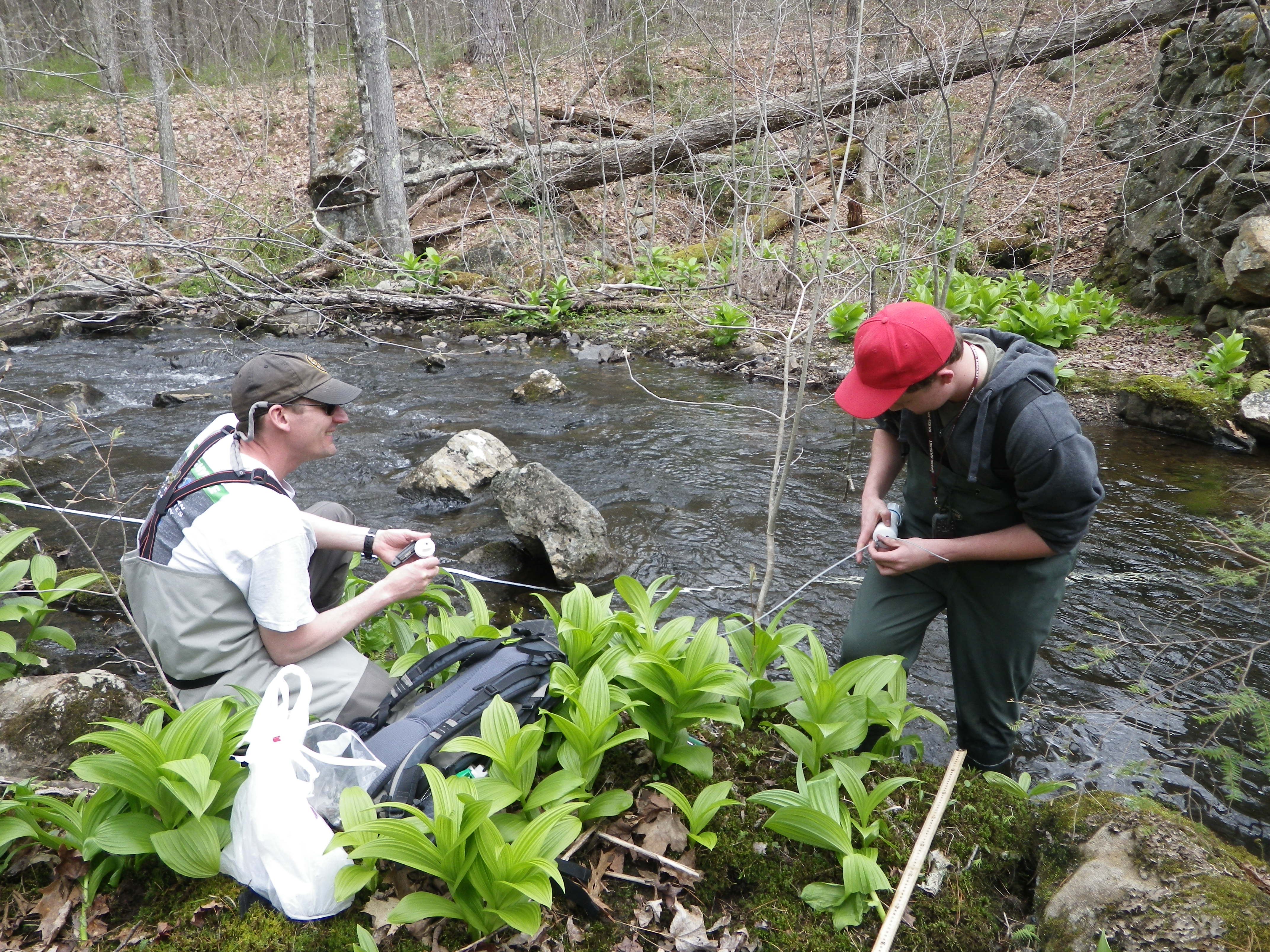 River and stream impoundments are a pervasive feature of the American landscape. Dams and impoundments offer a multitude of societal benefits: water supply, flood control, electricity, and more (Bednarek 2001; Martinez et. al 2013). Impoundments may be natural or man-made, and vary in both purpose and design (Collier et. al 1996). Unfortunately, despite their benefits, impoundments often have many detrimental effects on stream ecosystem health. One of the most ecologically significant impacts impoundments have on stream and river systems is changes in the thermal regime. Impoundments have the effect of upsetting the natural regime of temperatures in a stream (Bednarek 2001). The impact impoundments have on riverine temperature is variable and dependent on multiple factors, including how the impoundment is operated and the depth from which the water that is impounded is released (Ward 1985). Temperature changes occur at a dam because of the unnatural pooling of water behind the impoundment (Petts 1984). When impounded, water in a stream or river begins to behave more like it would in a lake. Lake habitats are characterized by slow moving water and larger surface areas, causing temperatures to stratify with higher temperature waters resting on the top layer (Bednarek 2001). If this upper layer spills over the impoundment or is intentionally released, downstream temperatures are altered from their natural state (Bendarek 2001). This is often the case in small impoundments, like those found above streams, where downstream temperatures are increased through the release of warm water directly from the surface of a reservoir (Olden and Naiman 2010). In larger operations, water may be released from the lower, hypolimnetic layer of the impounded water, causing decreased temperatures downstream from the impoundment (Olden and Naiman 2010). The objectives of this research are to: 1) Quantify the longitudinal extent of the impact impoundments have on downstream temperature. 2) Compare the longitudinal temperature changes downstream of four different types of impoundments: run of river (ROR), drawdown, water supply, and beaver dams. 3) Determine the role topography, land cover, and discharge play in the longitudinal extent of thermal alteration in streams below impoundments.