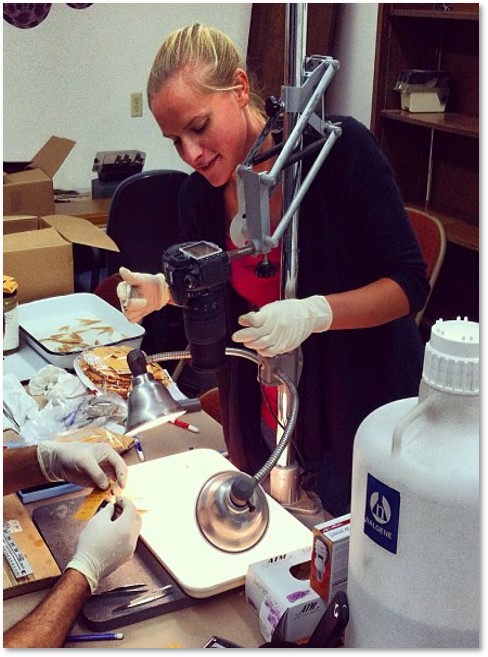 Guadalupe bass Micropterus treculii is a native black bass species endemic to Texas. It is found primarily in the Edwards Plateau ecoregion, but also extends downstream into the Blackland Prairie and Coastal Plains ecoregions in the lower Colorado River. Guadalupe bass has declined across much of its range as a result of introgressive hybridization with introduced smallmouth bass Micropterus dolomieu and habitat degradation. As such, it has been identified as a species of greatest conservation need by Texas Parks and Wildlife Department. While Guadalupe bass are found across much of the Edwards Plateau, a population also occurs in the lower Colorado River and has been documented as far downstream as Columbus, Texas. In the reach from Lady Bird Lake in Austin, Texas to the most downstream occurrence of Guadalupe bass, there is a gradient in urbanization around the Colorado River. The main stem Colorado River and its tributaries experience increasing urbanization as they flow into Austin, which then declines as the river progresses downstream. Urbanized streams in the Austin area have experienced changes in geomorphology and hydrology including changes in slope and increases in peak flood magnitudes. However, how these changes and other urbanization effects such as eutrophication have affected stream fishes, and Guadalupe bass in particular, is not known and represents a significant information gap in the understanding of the threats to Guadalupe bass. Additionally, the population in the lower Colorado River occurs in a habitat that is greatly different from what is considered “typical” Guadalupe bass habitat. It is unknown how this population differs in its age and size structure, habitat requirements, and recruitment dynamics from upstream populations that occur in more “typical” habitat.