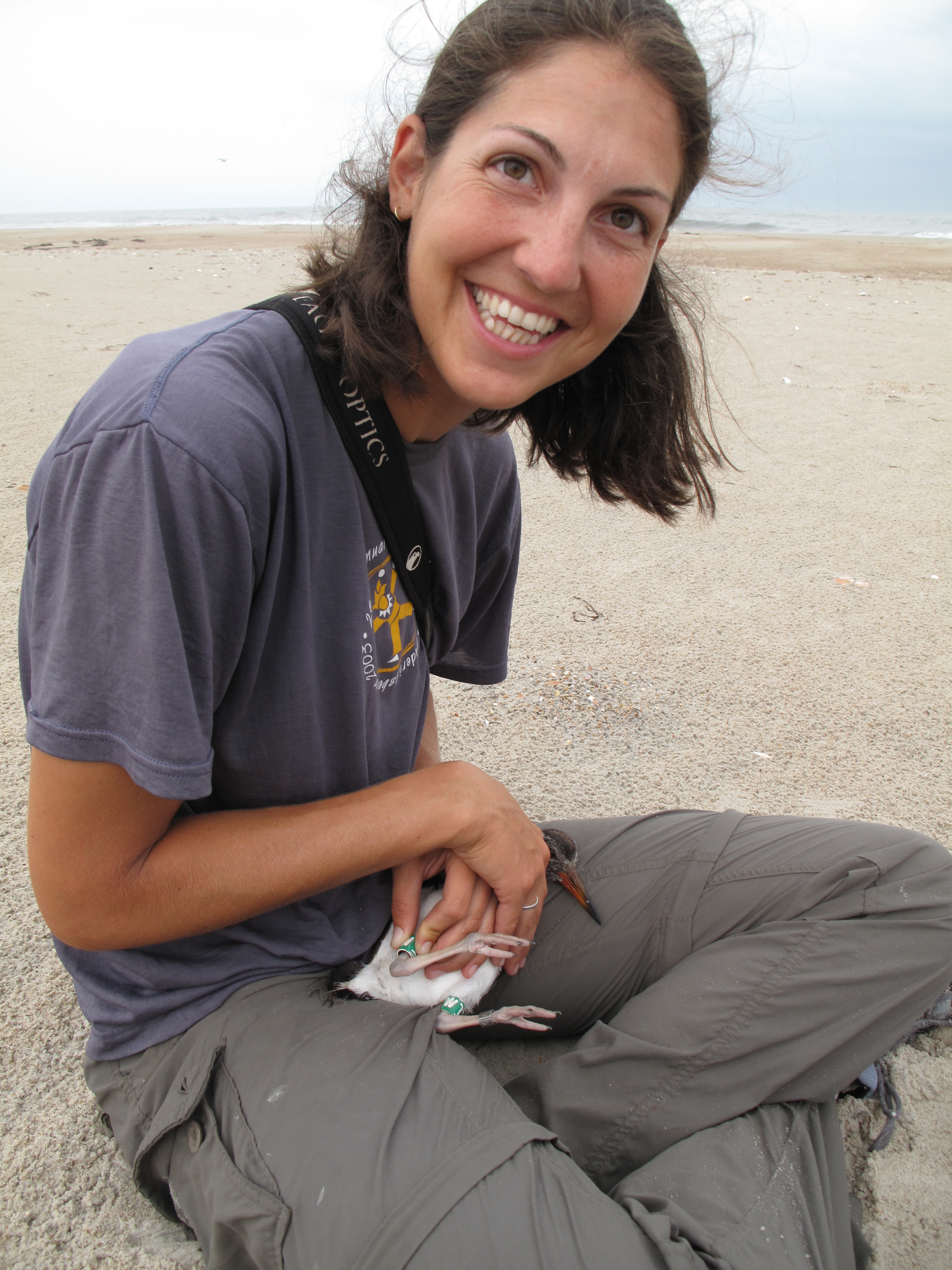 The U.S. Marine Corps and the National Park Service (NPS) have recently agreed to lower the altitude for tactical speed operations (>250 kts) in the Core Military Operations Area (Core MOA, Figure 1) over Cape Lookout National Seashore (CALO). The Core MOA allows high speed (> 250 knots) ingress/egress over a portion of CALO. Previously, the tactical speed ceiling through this Core MOA was set at 10,000 ft; the new ceiling is set at 3,000 ft. A conservation question emanating from this change is whether the change could increase the disturbance of nesting shorebirds. In a letter dated 17 September 2008 from the NPS (David Vela, SE Regional Director) to the U.S. Marines (Colonel Ruvalcaba, FAA SE Region), the NPS expressed interest in a 3-yr research study to “study the noise effects of the MOA on nesting shorebirds,” with unresolved issues including “1) Does noise from low flying aircraft disrupt adults from incubating nests?, 2) How long does it take for the adult to return to the nest?, 3) If adults are disturbed during incubation on several occasions, will they eventually abandon the nest?, 4) Does the noise from low flying aircraft cause adults to leave the area while ‘guarding’ flightless chicks?, 5) What will be the level of disturbance based on the altitude of the aircraft?” In this letter, the NPS summarizes that it does not object to implementing the MOA during the months of May-July on “an interim basis of 3 years during the nesting season for study purposes,” to “gather information on the effects that the MOA would generate on protected species.” In particular, the NPS is interested in understanding the effects on state- and local-listed nesting shorebirds, including the American Oystercatcher (Haematopus palliatus), Least Tern (Sternula antillarum), Common Tern (Sterna hirundo), Black Skimmer (Rynchops niger), and Wilson’s Plover (Charadrius wilsonia) which are all listed as Species of Special Concern in North Carolina, and the Gull-Billed Tern (Gelochelidon nilotica) which is listed as threatened in North Carolina and is a species of low population size and conservation concern according to the National Audubon Society Watchlist (NCWRC 2008, NAS 2009). This interest in studying the potential effects of aircraft overflights on these nesting shorebird species arises from NPS Management Policy 4.4.2.3., which states that “The National Park Service will inventory, monitor, and manage state and locally listed species in a manner similar to its treatment of federally listed species to the greatest extent possible. In addition, the Service will inventory other native species that are of special management concern to parks (such as rare, declining, sensitive, or unique species and their habitats) and will manage them to maintain their natural distribution and abundance.” Additionally, the NPS is mandated to protect wildlife (Migratory Bird Treaty Act), ensure wilderness values, comply with NEPA, and comply with Public Law 100-91 “National Parks Overflights Act.” To address these statutory responsibilities related to the Core MOA, the NPS proposes the need to study the effects of reducing the overflight ceiling from 10,000 to 3,000 ft on nesting shorebirds at Cape Lookout National Seashore.