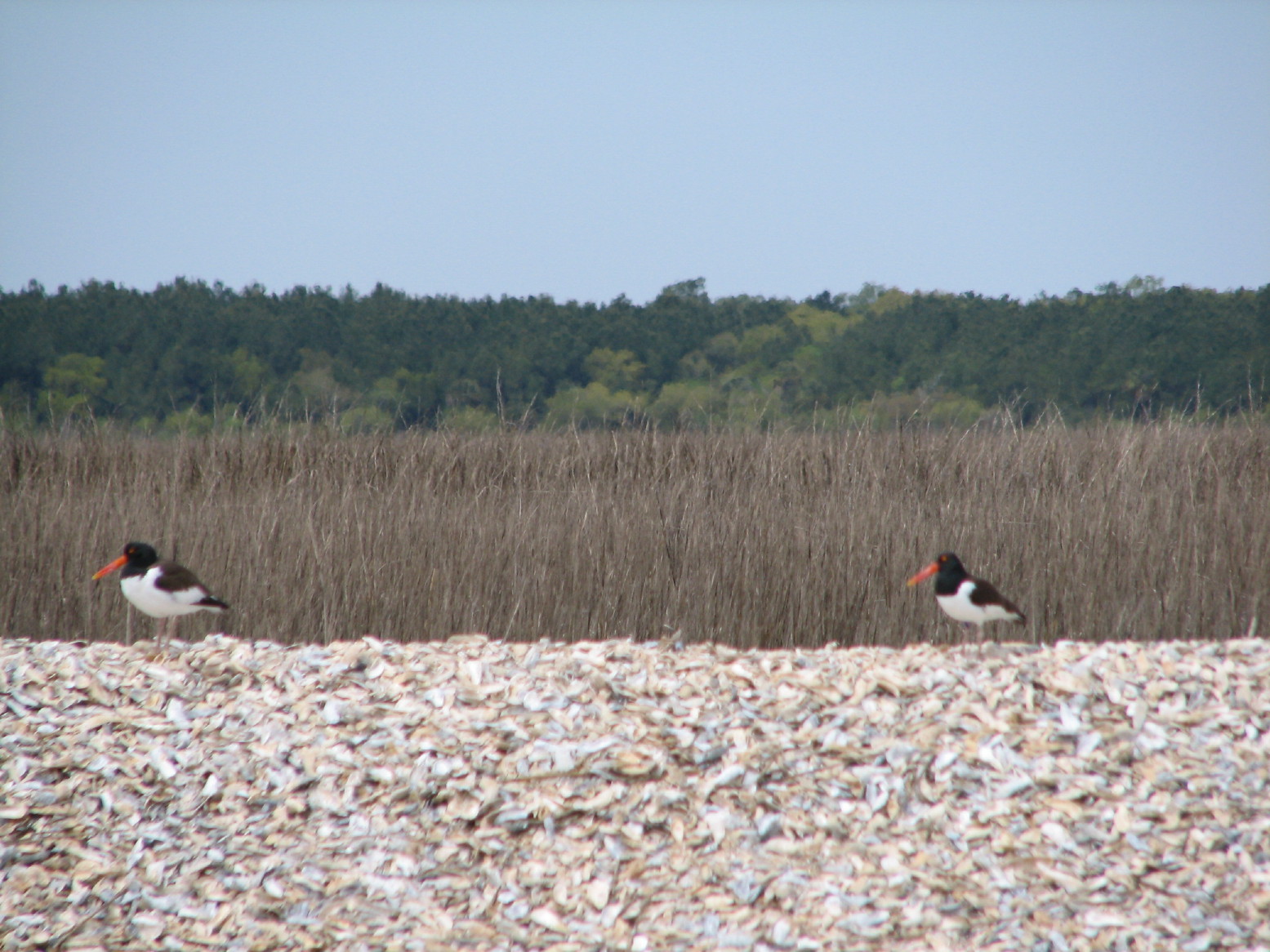 The American oystercatcher (Haematopus palliatus) occurs in coastal habitats from Massachusetts to Florida, although breeding populations appear to be declining in states south of Virginia. The central coast of South Carolina is a critical region for this species. South Carolina supports ca. one-third of the wintering oystercatcher population along the Gulf and Atlantic coasts. South Carolina also supports ca. 400 breeding pairs of oystercatchers and ca. 25% of these are in the Cape Romain region (CRR; i.e., Cape Romain NWR and areas adjacent to it). It appears, however, that productivity in this area may be relatively low. Research conducted by the PIs in the CRR found that fledging success of 99 pairs during 2006 and 2007 was ca. 0.25 chicks/pair. Nest loss was attributed primarily to natural flooding (spring storms and spring high tides that often coincide with incubation) anthropogenic flooding (boat wakes along the Atlantic Intracoastal Waterway [AICW]), and predation. We also found that renesting attempts were common, with even third and fourth attempts occurring. This suggests that resources in the area were sufficient to induce pairs to remain and renest despite nest losses. We propose to increase nest success of oystercatchers in the CRR by reducing predation and by head-starting (i.e., artificial incubation of eggs). While the former will provide benefits specifically to the region, the latter will provide information on a management tool that will be applicable throughout the species breeding range. Our goal is to increase fledging success to 1.5 chicks/pair for 90 pairs. We will target 50 pairs for predator control and 40 pairs for headstarting. We also will monitor nest success and chick survival at these nests and others in the region. These efforts will build upon research conducted by the PIs.