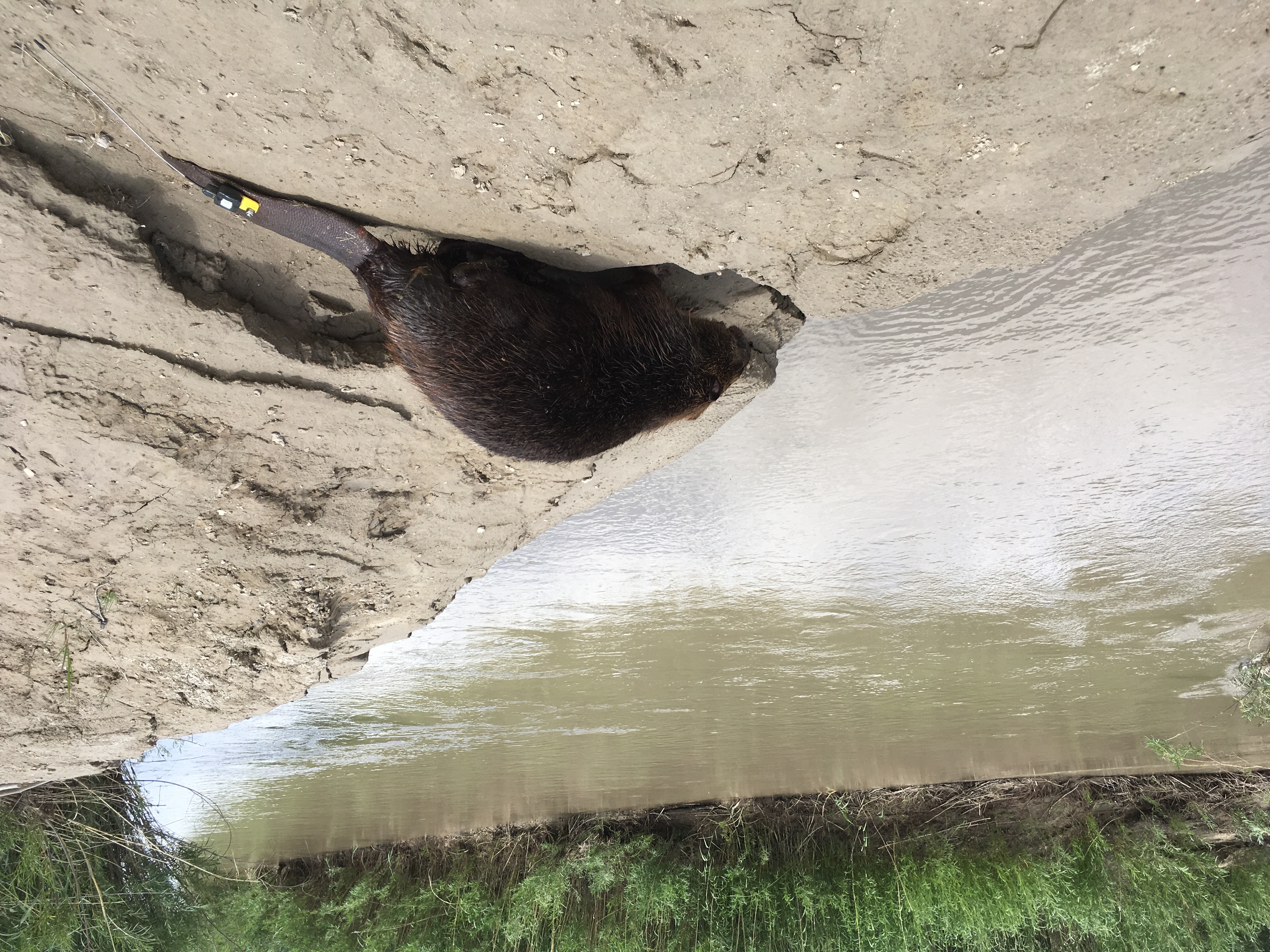 Passive restoration of rivers and streams with beavers and beaver dam analogs (BDAs) is rapidly growing in response to demonstrated success and affordability. However, there are often mismatches in time and location between nuisance beavers trapped and sometimes euthanized versus places where relocated beavers are desired and would have a high likelihood of success in terms of assisting river restoration. Locations with the greatest likelihood of success have adequate food and dam material and avoid potential conflict with people and infrastructure. While some important information has been gained about the best practices for beaver relocation, there is still considerable uncertainty regarding timing, density, minimum number, age structure, mate selection, family structure, individual traits that predict success, and retention. Simultaneously, restoration in desert rivers offers unique challenges. Desert rivers are dynamic, transport large sediment loads, and often have degraded fish and riparian habitat due to loss of spring snow-melt floods (water over-allocation) and effects of invasive vegetation.

THE SAN RAFAEL and PRICE RIVERS
The San Rafael and Price Rivers offer an ideal situation to learn about the combined practices of passive restoration using BDAs, tamarisk removal, and relocated beavers and their subsequent behavior. An adaptive, experimental, science-based restoration have been developed for these rivers and are currently in the implementation stages. The plans were developed based on graduate student research at Utah State University; information from two master’s theses on fish ecology and one on geomorphologic change were combined with detailed vegetation mapping funded by BOR, BLM, and NRCS to develop a master plan for each river. A section of the Price River is meant to serve as a demonstration area for future projects to visit. The San Rafael and Price Rivers (and similar tributaries) are occupied by all three of the imperiled Three Species (flannelmouth sucker, bluehead sucker, roundtail chub) and utilized by several of the endangered fishes of the Upper Colorado River Basin.

Despite occurrence of native fish species, the lower San Rafael and upper Price Rivers are now characterized by long runs of extremely simplified habitat, and almost all complex habitat is gone. The SRRP is currently being implemented in an experimental fashion and includes treatments of tamarisk removal, BDA installation, gravel introduction, and also cottonwood replanting with early growth stimulation treatments. Preliminary observations indicate the BDAs are providing localized habitat complexity for fish in the form of riffles, deep pools, exposed coarse substrate, and some bank erosion and localized channel widening. In addition, when summer flows reached 3 cfs and the San Rafael River started to dry in the summer of 2016, the scour pools below BDAs offered refuge to and were used by stocked endangered fishes and the Three Species. Most recently in the spring and fall of 2021, 70 BDAs were installed along reaches of the Price River.

BDAs are underutilized by beavers in restoration areas because beaver densities are low, likely due to historical trapping and previously unsuitable habitat. However, the potential for beaver to thrive in these two rivers is evident at a site called Cottonwood Wash in the San Rafael River, which has extremely good fish habitat and experiences considerable beaver activity. Locations of the experimental BDAs have excellent potential for change: tamarisk has been removed, cottonwoods and willows are locally abundant to provide food, and piles of removed tamarisk are available as dam-building material. There is extremely little potential for conflict between man and beaver at this remote and extreme desert location (BLM and State land).

In 2019 and 2020, before installment of BDAs was completed, 23 resident beavers in experimental sites within the Price and San Rafael Rivers were captured, fitted with VHF and/or PIT tags, and monitored to obtain baseline information on natural beaver behavior and space use. At the same time and at the same locations, 47 beavers were translocated and fitted with the same tags, before they were released along the Price and San Rafael Rivers. Of these translocated beavers, 4 remained alive, but all had emigrated outside the study sites by the end of the two-year study. Now that BDAs have been installed, additional monitoring of resident beavers and release of translocated beavers is necessary to determine whether the BDAs are useful for improving the efficacy of using translocated beavers within a river restoration plan and the response of resident beavers to these efforts.

OBJECTIVES
The proposed objective of this study is to relocate beavers to the BDA sites along the Price River, study the recolonization process, identify whether translocated beavers are more likely to survive and stay at the release site if BDAs have been installed prior to release, and determine if individual behavioral traits of beavers can inform recolonization efforts. During spring/fall of 2021 and 2022, we will continue to capture and tag resident and translocated beavers, fitting adults with a PIT-tag and VHF-tag and younger animals with only a PIT-tag. We will monitor their space use and survival by tracking their unique VHF signals and detections at PIT-tag antennas (permanent and mobile units). These data will then be compared with the same data from resident and translocated beavers that were monitored for the two years before BDAs were installed (spring/fall 2019 and 2020). We will conduct several behavioral assays for evaluating behavioral traits, including human interaction tests, reactivity/tameness tests, novel object tests, and behavior at release. During human interaction tests, each time a person interacts with a beaver, the beaver’s initial reaction will be scored using an aggressiveness index. For reactivity/tameness tests, we will record whether the beaver ate, defecated, and manipulated its environment each day. The novel object test will involve placing a new object in the quarantine kennel on the last night of quarantine and using game cameras to record latency to approach the object and latency to touch the object. We will also document behavior during release. This includes latency to emerge from the cage after the door has been opened, path to water (direct/meandering), and general behavior during release.

A second objective of the continued research is to evaluate the quarantine procedures for reducing transmittable diseases and parasites between watersheds. Most state agencies, including Utah, have developed a protocol for translocation of beavers. In most cases, the protocol either prohibits moving beavers between watersheds or requires a quarantine period to rid the beavers of any invasive species, parasites, or diseases beavers may carry before they are placed in a new watershed. However, there is almost no scientific data to guide the specifics of the protocols for this second option. Our goal is to obtain and test water samples from beavers during quarantine to determine if there are invasive species, parasites, or diseases present and if the quarantine protocol is effective at eliminating them. The protocol in Utah requires the water be changed each day, and our tests will determine if their presence ends by the end of the quarantine period. We aim to obtain these water samples from residents within the Price and San Rafael Rivers (as controls) and translocated beavers prior to release on these rivers. We may also obtain water samples from the Beaver Center in Logan, Utah, or beaver translocations conducted by the state in the Cedar City area to ensure sufficient sample size for analyses.

Combined, these objectives will help determine the most effective (in terms of restoration and cost) combinations of passive restoration techniques and beaver reintroduction strategies.