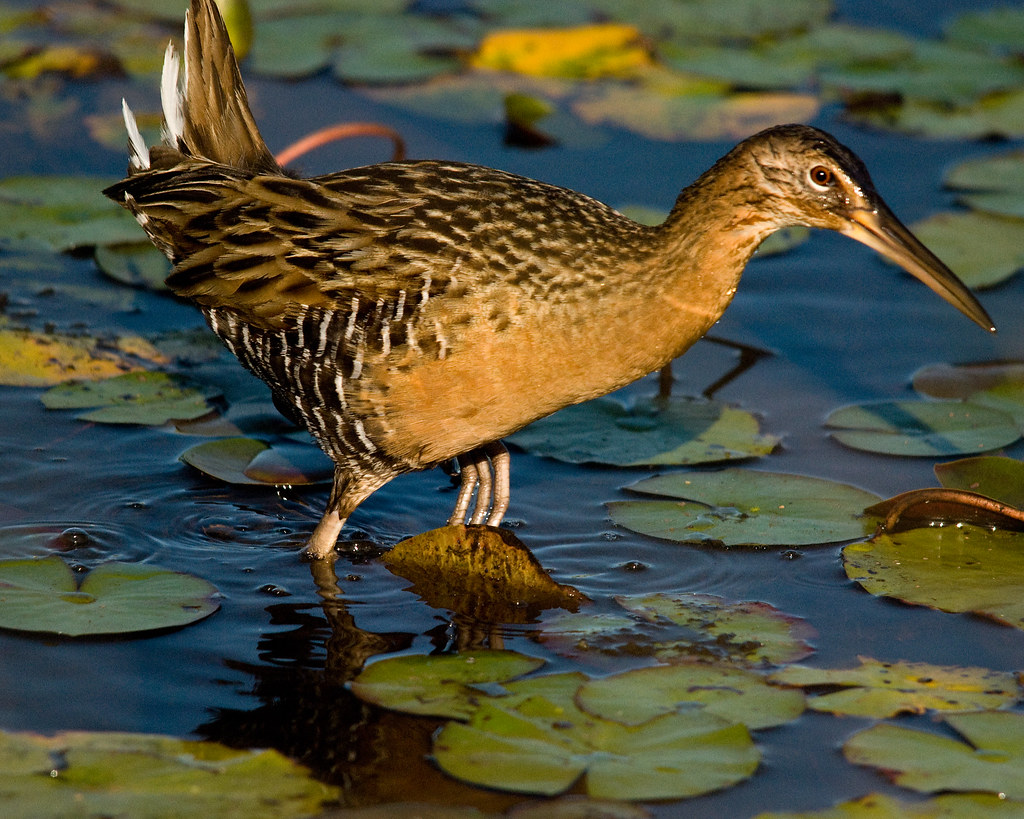 The King Rail (Rallus elegans) is an emergent wetland species of high conservation concern in Arkansas and across North America due to significant population declines over the past several decades. The cause of that decline is not well understood but is thought to be caused in part by the loss of large contiguous emergent wetland habitat they rely on for breeding. In Arkansas, King Rail abundance and distribution are unknown, and the one site on public land in the Arkansas Delta that hosts multiple pairs, the Freddie Black Choctaw West WMA (hereafter Choctaw West WMA), also represents a dramatic wetland restoration success that is critical to learn from. Here, we propose to use the Choctaw West WMA as a focal site to 1) evaluate King Rail breeding site fidelity, 2) evaluate King Rail breeding locations, and 3) compare King Rail habitat and abundance to other sites across the Arkansas Delta. We will capture and mark with transmitters spring migrating and breeding King Rails at Choctaw West WMA to evaluate the habitat use of individual birds at Choctaw West WMA as well as the connectivity of the site with the rest of the annual cycle (farther north breeding areas, and southern wintering areas). We will also conduct marsh bird surveys within the Choctaw West WMA and across the Arkansas Delta to quantify King Rail distribution and abundance and compare regional habitat and landscape attributes to Choctaw West WMA attributes. This work will provide AGFC with critical knowledge of King Rail population dynamics, how Choctaw West WMA may function as a source for other sites, breeding habitat needs at local, landscape, and regional scales, and wetland restoration outcomes.