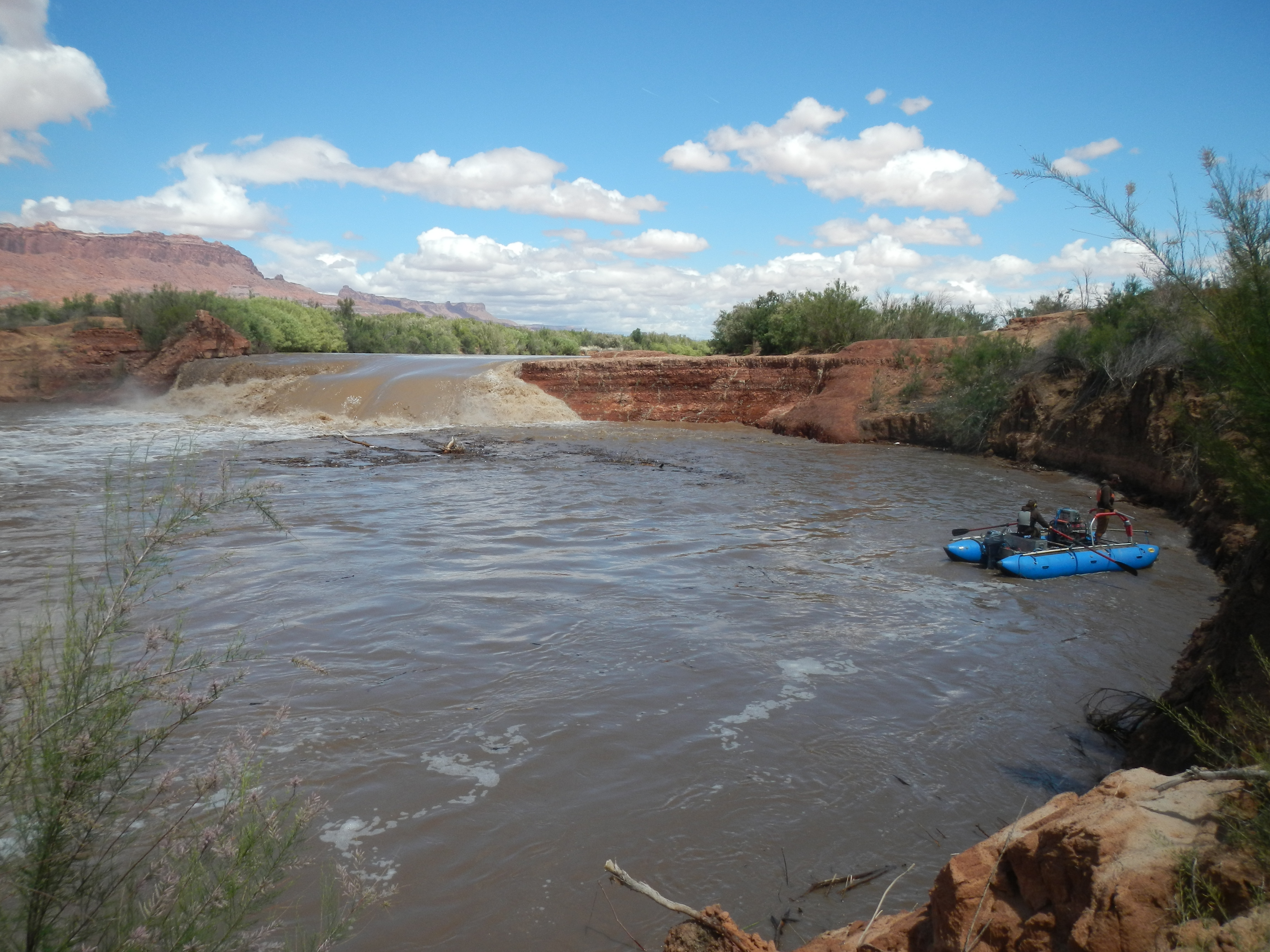 Stream fragmentation and non-native species introductions shape the structure and function of freshwater ecosystems and contribute to the decline of stream fish biodiversity. On the San Juan River, Utah, a novel waterfall poses a barrier to upstream movement of both ESA-listed migratory fishes and invasive predatory species from Lake Powell. This project is a collaborative effort by researchers from the USGS Cooperative Fish and Wildlife Research Unit, Utah Division of Wildlife Resources and the US Bureau of Reclamation. The project will provide a quantitative assessment of the waterfall's emerging impacts on species interactions and endangered fish population dynamics. Describing and predicting effects of this barrier on native fish populations will inform management decisions (i.e., should fish passage be considered, and if so, what type?) regarding both the waterfall and analogous features emerging as reservoir levels decline in the Colorado River Basin; such as Pearce Ferry Rapid in lower Grand Canyon.