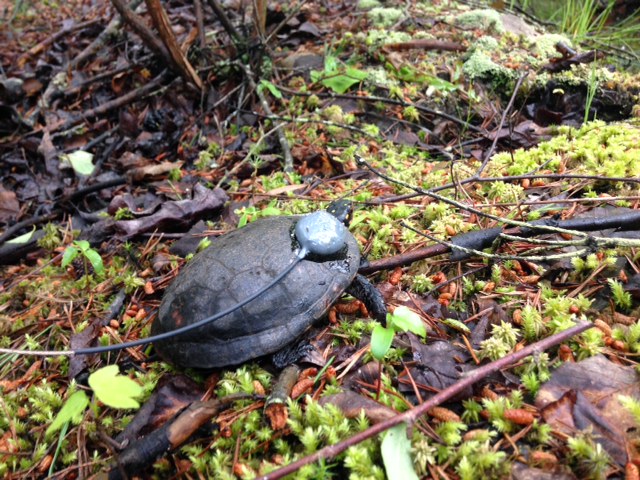 Spotted turtles are considered endangered by the IUCN and are a Species of Greatest Conservation Need in all 21 U.S. states in which they occur, including Virginia where they were once common. Northern Virginia is one of the fastest developing areas of the country and spotted turtle habitat has been rapidly lost. One area where they are still abundant is on the protected Fort Belvoir, VA. Working with Dr. Jinelle Sperry of the US Army Corps of Engineers, graduate student Ellery Lassiter and I are studying the population demography and movement patterns of turtles on the installation. Using capture-mark-recapture techniques as well as radio-telemetry we are exploring how the populations on Fort Belvoir are faring, if turtles from different areas of the installation are connected, and if Fort Belvoir is acting as a source population for other nearby natural areas. Results from this study will directly inform management activities on Fort Belvoir and will assist the installation biologists with consultation with the USFWS if the species is listed.