Susceptibility of Rio Grande Cutthroat Trout to Displacement by Non-native Brown Trout: Implications for Future Management and Persistence of the Most Southern Subspecies of Cutthroat Trout in the Face of a Changing Climate 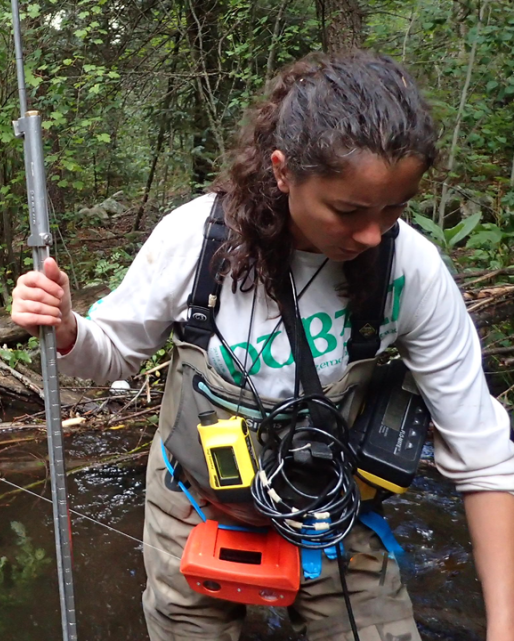 Rio Grande Cutthroat Trout (RGCT; Oncorhynchus clarkii virginalis) is the New Mexico state fish, but habitat loss and non-native trout invasions threaten the persistence of the remaining 12% of the populations throughout its historic range. Understanding the relationship between temperature and non-native fish invasion for this southernmost subspecies of cutthroat trout will benefit all cutthroat subspecies as the climate continues to warm. We used a production framework to evaluate how temperature and competition with nonnative Brown Trout (Salmo trutta) impacted the ecological success of RGCT populations. We compared annual changes in production of RGCT populations and related these changes to the diets of RGCT in the presence and absence of Brown Trout across a temperature continuum. The rate at which a population collectively accumulates biomass is critical to population persistence because more biomass translates to increased reproductive capacity, increased competitive ability, and ultimately increased survival. We are working with a consortium of stakeholders that include two state agencies, eight federal agencies, two Tribal nations, three Pueblos, and three private groups. The project was funded by the U.S. Geological Survey, National and South Central Climate Adaptation Science Centers. Our results will be used by managers to identify and focus restoration efforts on streams with the greatest potential to support RGCT while maintaining an economical balance with a popular sportfish.