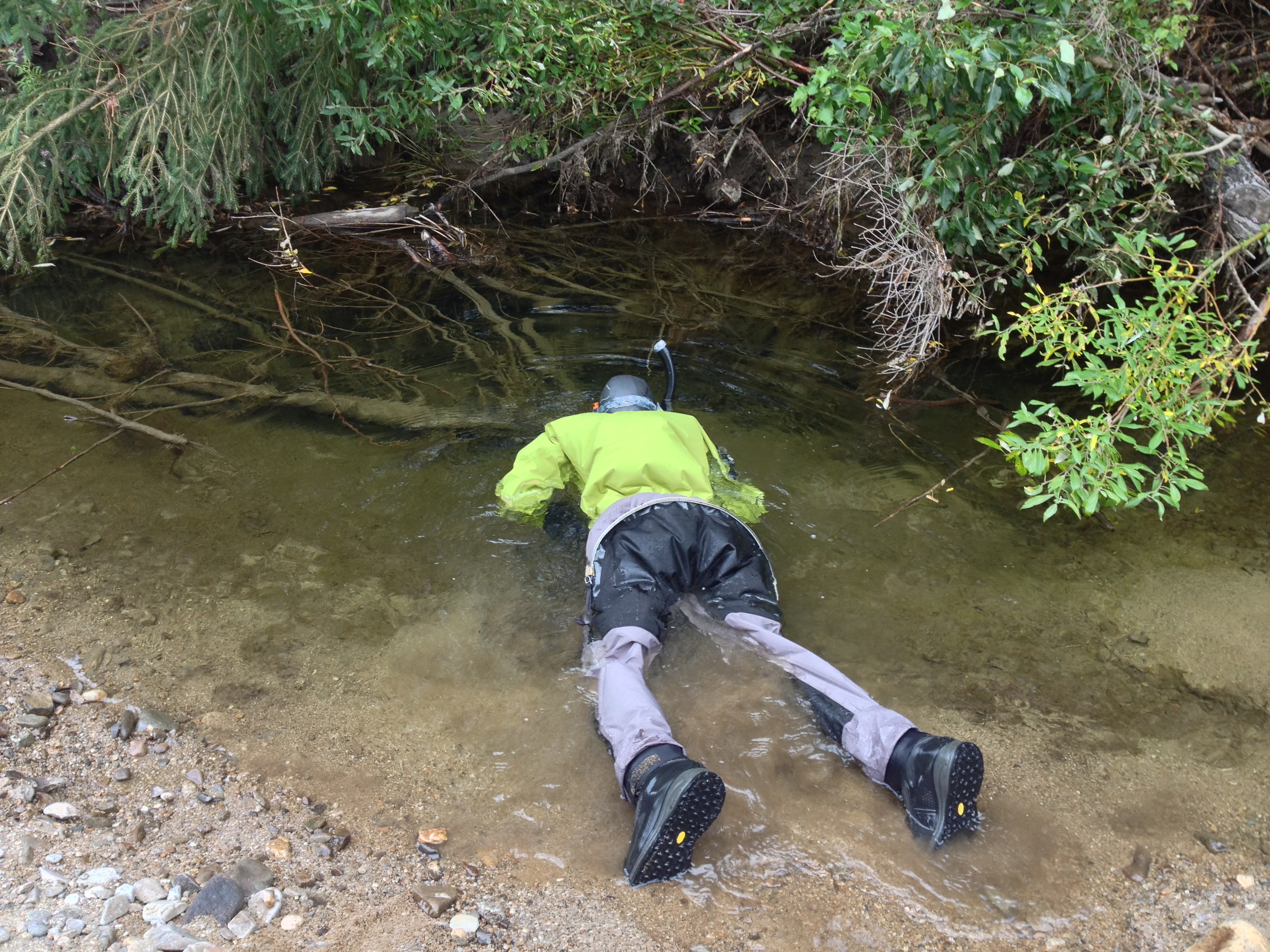 Identification and protection of water bodies used by anadromous species in Alaska are critical in light of increasing threats to fish populations, yet challenging given budgetary and logistical limitations. Non-invasive, rapid assessment sampling techniques may reduce costs and effort while increasing species detection efficiencies. This project was a collaboration between the University of Alaska Fairbanks and the Alaska Department of Fish and Game. The combination of habitat modeling, occupancy estimation based on eDNA, and snorkel surveys provided a useful, rapid-assessment method to predict and subsequently quantify the distribution of juvenile salmon in previously unsampled tributary habitats in the Chena River, Alaska. These methods will provide tools for managers to rapidly and efficiently map critical rearing habitats and prioritize sampling efforts to expand the known distribution of juvenile salmon in interior Alaska streams.