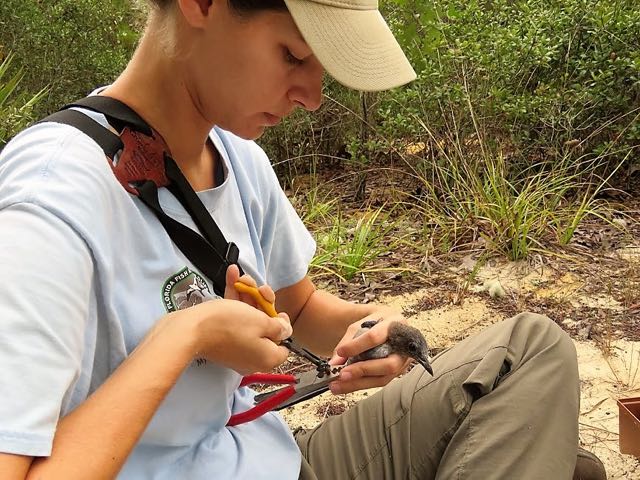 Translocation has been considered as a conservation tool to increase the population numbers of Florida scrub-jays, especially in areas that have been recently restored, and where small, isolated populations reside and are unlikely to increase naturally through dispersal. The majority of translocation research has focused on the success at recipient sites, while the impacts associated with the donor population have not been monitored. Ocala National Forest is home to the largest remaining population of Florida scrub-jays and is currently the donor site for translocations. As the goal of any translocation is to have a positive impact on the species population, it is imperative that the costs to the donor population are minimized to the greatest extent possible. This study intends to focus on the impacts that translocation could place on the donor population through monitoring of nesting success and productivity. During two field seasons, a subset of helpers will be removed from groups for translocation. Nests will be monitored within three categories of family groups: (1) no helpers, (2) helpers, (3) helpers removed. Data will be collected on productivity, nest success, weight of nestlings, time spent provisioning, and breeder persistence. Monitoring nests in groups with and without helpers will increase the understanding of how this cooperative breeder benefits from the presence of non-breeding individuals. If data show evidence that helpers do not increase productivity or nest success, then future translocations can focus on removing helpers as opposed to entire family groups.