Temperature, phenology, and embryo survival in Western Alaska sockeye salmon populations: the potential for adaptation to a warming world? 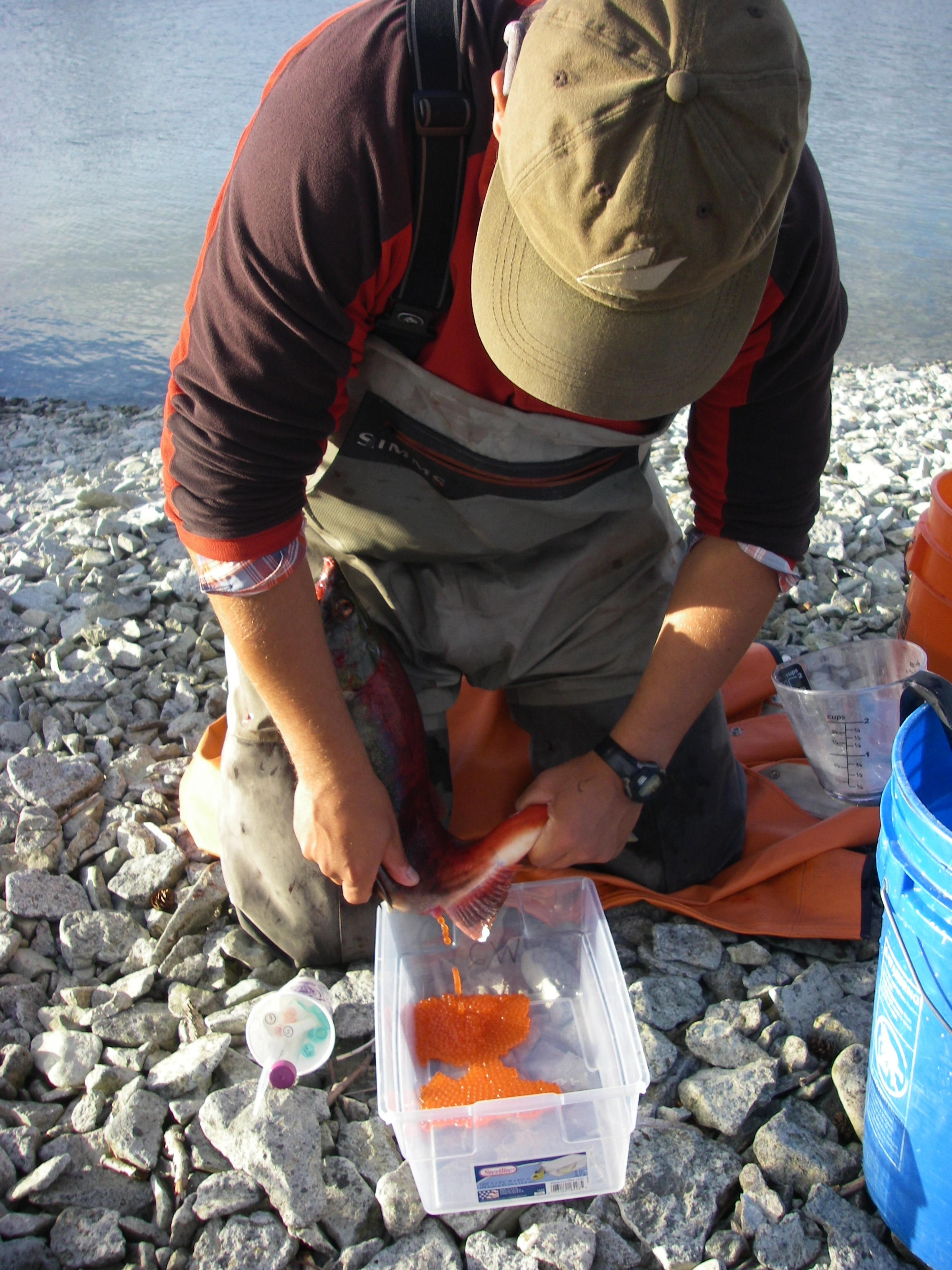 Rapidly warming water temperatures associated with climate change represent a substantial disturbance to the habitat of aquatic ectothermic organisms. For salmonid fishes, early life history survival and timing of reproduction and development are closely tied to temperature, such that altered thermal regimes could alter patterns of survival or shift phenology into a mismatch with the environment. Because temperature is the dominant driver of developmental rates, empirical statistical models have been developed to predict the timing of hatching and fry emergence based on average incubation temperature, but the effect of thermal variability (commonly observed in natural systems and predicted to increase with climate change) has not been incorporated into these models. This project was a collaboration between the University of Alaska Fairbanks, the University of Washington, the U.S. Fish and Wildlife Service, and the National Park Service. The results of this study indicated that the effects of climate change during salmon early life history stages may be buffered by phenotypic plasticity and variability in populations and habitats will be important to conserve to maintain diversity in the face of climate change.