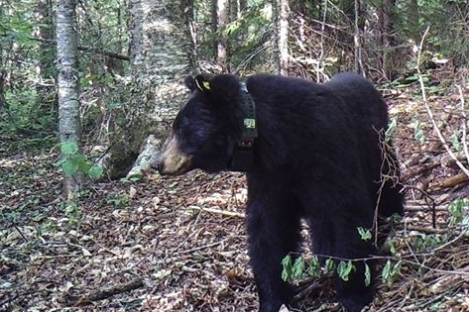 Wildlife biologists are typically tasked with maintaining viable wildlife populations through time. In its simplest form, a population can gain numbers through the processes of birth or immigration, and can lose numbers through death or emigration. In more complex forms, these numbers are shaped by a myriad of factors. Management of some species includes a regulated harvest season, where hunters are permitted to harvest animals according to set of regulations and thereby contribute to the population's total deaths. When managing a harvested species, a critical challenge is predicting how the wild population will respond to both the harvest and to other environmental factors. If the harvest is too great, the population may decline. And if the harvest is too little, the population may increase to the point of disrupting ecosystem structure and function. Thus, managing the harvest is delicate balancing act. Most state agencies collect data on the age, sex, and number of harvested animals on an annual basis. Fortunately, the data associated with the harvested (dead) animals can provide a glimpse into the status of the living population, making these tasks more tractable. As Gove et al. (2002) suggest, "Intriguingly nested within the age-at-harvest data is information on age and sex composition, survival, and fecundity rates." Because of this, and because of the tremendous effort spent in collecting harvest information across agencies and through time, harvest datasets are among the richest datasets in North America for analyzing the population size, trend, and health of wildlife populations. Agencies are called to implement their harvest programs within an adaptive management (AM) framework. The process generally involves identifying the natural resource management problem, setting management objectives, identifying potential alternative management actions, estimating the likely consequences of each alternative, and then weighing each alternative and identifying trade-offs among alternatives. "Adaptive management" is the application of such approaches when a decision problem is iterative, such that new information can be incorporated into decision making. While a significant amount has been written about the process of adaptive management, in practice it can be difficult to understand how to implement an adaptive management program that seamlessly integrates data collection, models, decision making, analysis, and outputs. To aid this process, the Vermont Cooperative Fish and Wildlife Research Unit is developing a suite of R packages called AMHarvest, AMPop, and AMModels that facilitate adaptive management in practice. R is an open source modeling platform that can be downloaded from the Comprehensive R Network website. The first package, AMModels, has been released on R, and is the linchpin for storing data (inputs) and models (outputs) from an adaptive management program. Work on the AMPop and AMHarvest are ongoing.