Assessing the effects of flow regime variation on Blue Sucker spawning movements, habitat use, and recruitment in the lower Colorado River, TX 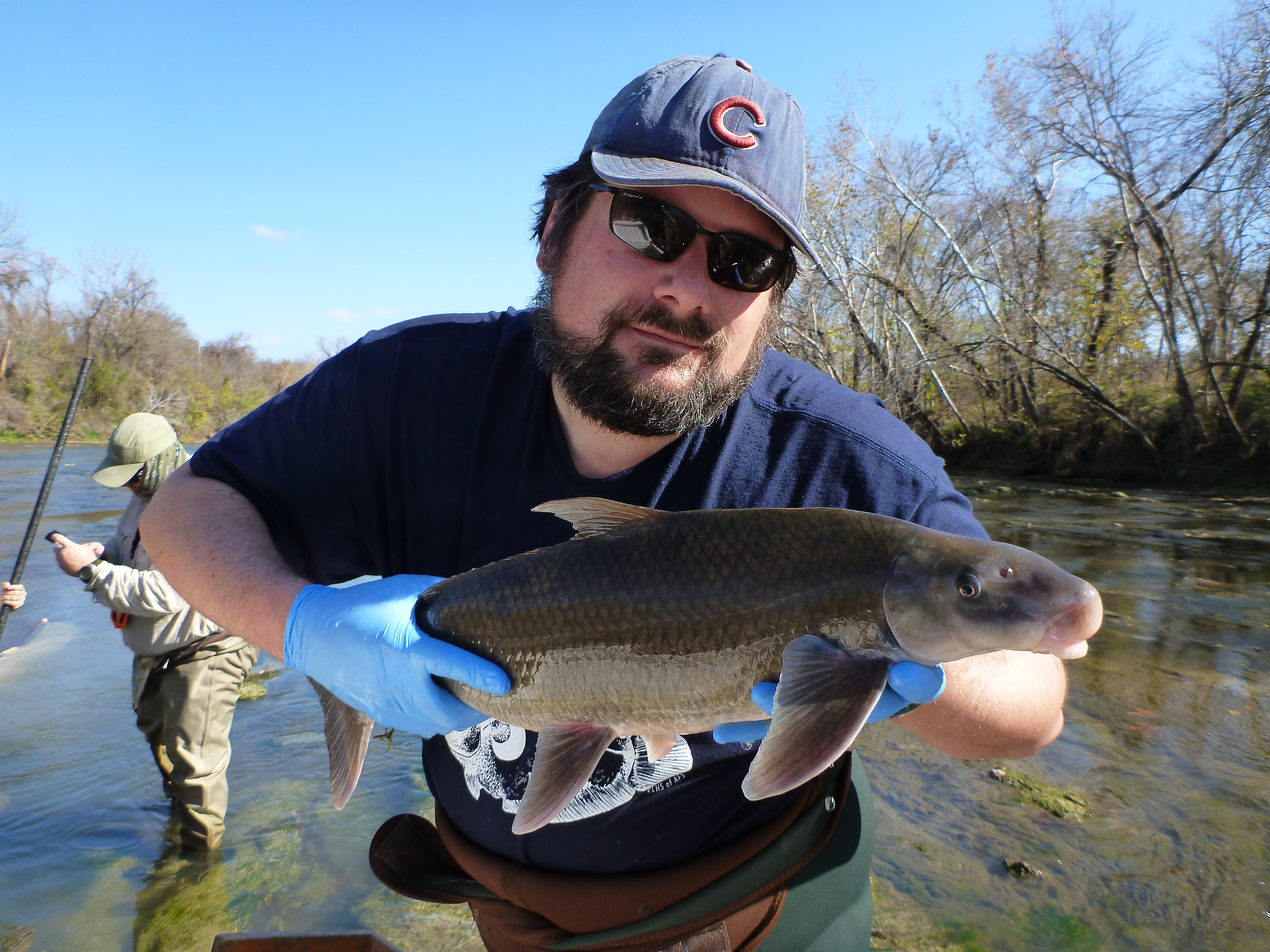 Blue Sucker Cycleptus elongatus is a state-listed threatened species in Texas and is considered vulnerable throughout its range due to a combination of its habitat requirements and life history traits rendering it sensitive to flow regime alteration and habitat fragmentation. Blue Sucker are long-lived (up to 22 years) and late-maturing (5 or 6 years). The life history strategy of Blue Sucker is poorly understood, but it has been hypothesized that its propensity to undertake long-distance upstream migrations to spawning habitat renders it particularly vulnerable to flow alterations. Furthermore, the habitat requirements of young-of-year Blue Sucker and their growth and survival under different flow conditions are not well known, leading to the suggestion that limited recruitment occurs in populations residing in highly regulated or modified systems. As a group, imperiled catostomids tend to face threats at multiple life history stages, and this seems to be the case in the lower Colorado River. While studies on the threats to Blue Sucker in the lower Colorado River have been limited, the interaction between flow alterations, life-history strategy, and the reproductive ecology of Blue Sucker have been identified as likely contributors to the decline of this species. However, the requirements of early life history stages and how flow alterations influence survival and recruitment represent another potential contributor to declines of Blue Sucker. These interactions are likely to be exacerbated in the future as increased and conflicting demands for water resources in the Colorado River drainage create the potential for further negative impacts on riverine fishes that have life histories associated with seasonal flow patterns, such as Blue Sucker. The primary objective of this research is to provide information to assess the effects of varied streamflow levels, as regulated by water releases from upstream reservoirs, on habitat use and reproductive success of Blue Sucker in the lower Colorado River.